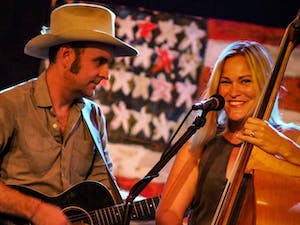 Although they're based in Nashville, Wild Ponies have always looked to Southwest Virginia — where bandmates Doug and Telisha Williams were both born and raised — for inspiration. There, in mountain towns like Galax, old-time American music continues to thrive, supported by a community of fiddlers, flat-pickers, and fans.

Wild Ponies pay tribute to that powerful music and rugged landscape with 2017's Galax, a stripped-back album that nods to the band's history while still pushing forward. Doug and Telisha took some of their favorite musicians from Nashville (Fats Kaplin, Will Kimbrough, Neilson Hubbard and Audrey Spillman) and met up with revered Old-Time players from Galax, Virginia (Snake Smith, Kyle Dean Smith, and Kilby Spencer). Recorded in the shed behind Doug’s old family farm in the Appalachians (steps away from the site where Doug and Telisha were married), it returns Wild Ponies to their musical and geographic roots.

Growing up, a young Doug Williams spent many an hour watching and learning as his grandfather played banjo alongside local musical legends like Snake and Kyle Dean. Although both of his grandparents have now passed away, they would surely be proud to see Doug and Telisha gathered in the shed with Snake, Kyle Dean, Kilby, and a diverse handful of the best musicians from Nashville. The result is a broad, bold approach to Appalachian music, created by a multi-cultural band whose members span several generations.

Wild Ponies proudly dive into their old-school influences with songs like "Pretty Bird" — a rendition of the Hazel Dickens original — and the traditional mountain song "Sally Anne." "My grandfather used to say, 'It oughta been the goddamn National Anthem!'" Doug says of the latter song, which kicks off the album with gang vocals and fiddle. Even so, don't mistake Galax for a traditionally-minded folk album. Wild Ponies offer up plenty of contemporary material, too, building a bridge between past and present. The lyrics reflect a similar mix of old and new, with Doug and Telisha Williams writing songs inspired by family heirlooms (including a wooden-bound, 70 year-old book of poems written by Doug's grandfather, whose lines form the basis of "Here With Me"), the Catawba tree on the farm, the nostalgic pull of one's birthplace, a mother's tough lough, leaving and believing, and the cyclical natures of death and love. Although named after the town in which it was recorded, Galax looks far beyond the southwestern tip of Virginia for its source material.

"We didn't want to go home to Virginia and just make an Old-Time record," explains Doug. "We wanted to make something that still sounded like Wild Ponies. We asked everybody to stretch and reach towards something new, something different. We wanted to not only reconnect with our roots, but learn how those roots can also weave into our current world."

Once everyone had arrived at the farm, Neilson Hubbard set up a makeshift studio in the shed. Just a few nice microphones in a circle. There’s no cell phone signal on the mountain. No WiFi. No distractions. Instead, everyone focused on making raw, genuine music, filling Galax's track list with upright bass, acoustic guitar, twin fiddles, Telecaster, banjo, pedal steel, mandolin, harmonies, gang vocals, and even some stripped-down percussion. They recorded the songs live, never once pausing the process to listen to the performance they'd just captured. It wasn't until Wild Ponies returned home to Nashville that they finally heard the wild magic documented during those mountaintop sessions.

Released on August 25th on Gearbox Records, Galax salutes Wild Ponies' traditional roots while exploring new, progressive territory. It's an album about the pieces of our past that stick with us, informing our present while pushing us toward a future. An album about a town, a country, and a world that's forever spinning toward something new. An album that redefines Wild Ponies' sound, while highlighting influences that have always rested just beneath the surface.

"We'll always be the pinball that bounces between folk, rock & roll and country," says Telisha, "and this Old-Time style will always weave its way through everything we do. It's been there from the start, even on the loudest songs we've made. It only took us a couple of days to record it, but this is the album we've been making our whole lives. We just needed the right people and the right songs to finish it." 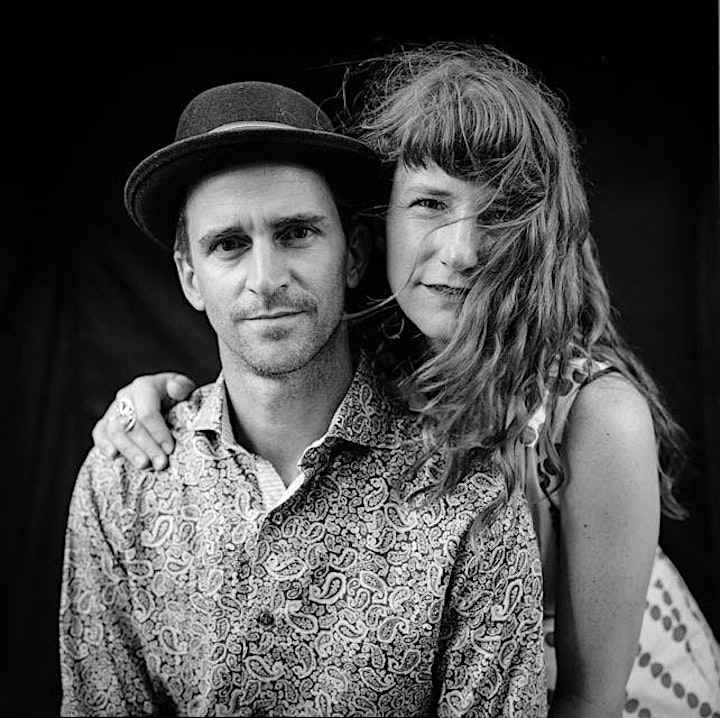 Alright Alright is an eclectic folk band who create powerful connections with audiences through honest stories performed with grit and heart.

Influenced by a wide variety of musical genres and drawing on life experience gained from being married and parents, this vibrant duo has been building a catalogue of music since 2005.

While China is a Vanderbilt-trained pianist with 30+ years of musical experience, Seth is a self-taught musician who relies on instinct and intuition. This unexpected combination takes listeners on an emotional journey they will want to take again and again. 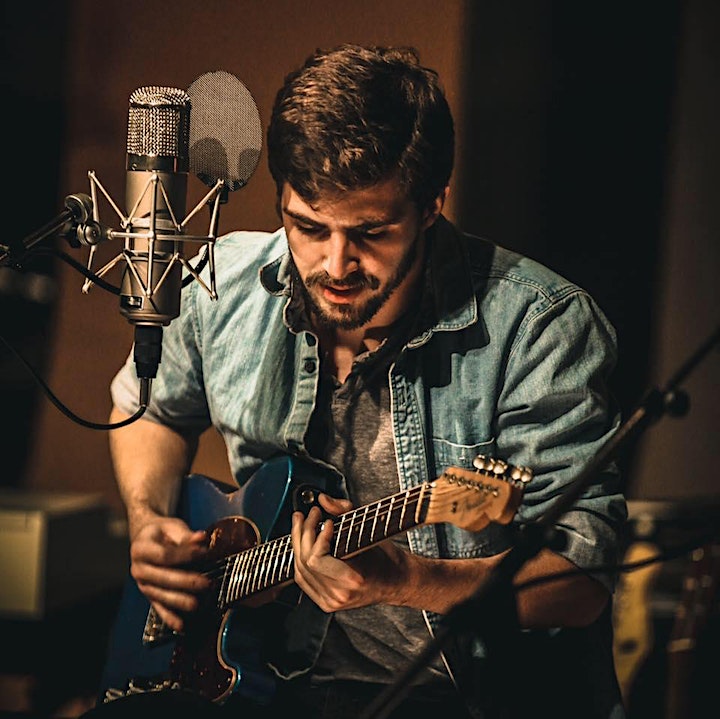 Hunter Burnette is an up-and-coming singer/songwriter and artist from Denver, Colorado. The local legend and Colorado Hall of Fame inductee, Chris Daniels, called him “One of the most exciting Americana/ Country/Roots songwriters and performers to come out of the West in the past few years." Hunter also caught the eye of Denver-local and the Fray’s, Ben Wysocki. The two began working together in 2017 producing Hunter's first EP, "The Good Life.” After its release in early 2018, the two would go on to release a second single titled "Moment With You”, showing a much different side of Hunter’s music palette.

Though he focuses in songwriting, Hunter’s secret weapon is his live performance. You can find Hunter backed by a rotating cast of some of the best musicians in town, including Ben Wysocki, Alex Goldberg, Erika Ryan, Ben Waligoske, Eric Tate, Mike Lang and Eric Swanson. This is a show you do not want to miss.