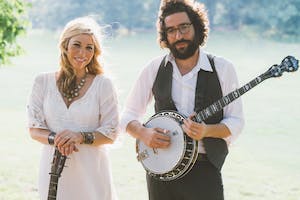 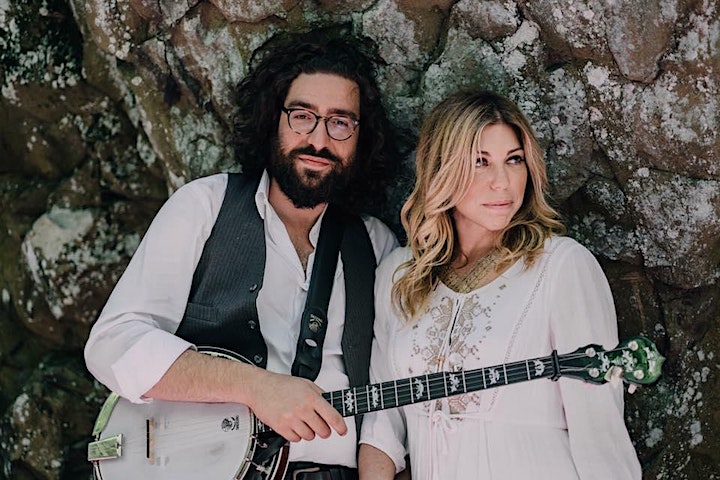 Nefesh Mountain is the place where American Bluegrass and Old-time music meet with Jewish Heritage and tradition. Band leaders, genre-pioneers, and husband and wife Doni Zasloff and Eric Lindberg are the heart of this eclectic offering, and share their love for American music, their own cultural heritage, and each other with audiences throughout the world. The result of this unexpected and beautiful mix is staggering; and while complete with the kind of adept string virtuosity and through composed arrangements one would hope for from a newgrass band with influences from Bluegrass, Old-Time, Celtic, and Jazz, they also play and sing songs of the heart creating music with a sense of diversity, oneness, and purpose for our world today.

Their newest and most adventurous recording to date called “Beneath The Open Sky” was a tour de force for the band, featuring friends and bluegrass luminaries Sam Bush, Jerry Douglas, Tony Trischka And David Grier, along with their own band members Alan Grubner and Tim Kiah. The album’s 11 songs collectively weave together a groundbreaking and beautiful patchwork of new American music, being called “refreshingly eclectic” by Rolling Stone, and “One of the finest, wholly bluegrass records one will hear in not only 2018 but as a touchstone moving forward” by No Depression magazine.

Currently the Nefesh Mountain touring band/quintet plays over 150 dates worldwide with performances all throughout the US, Canada, Israel, England, and Australia. Their mission whether at a concert hall, festival, workshop, school, camp, or synagogue, is to spread the joy and magic of American roots music and help to champion and reinforce the powerful messages of diversity, wholeness, and harmony for our ever changing times. 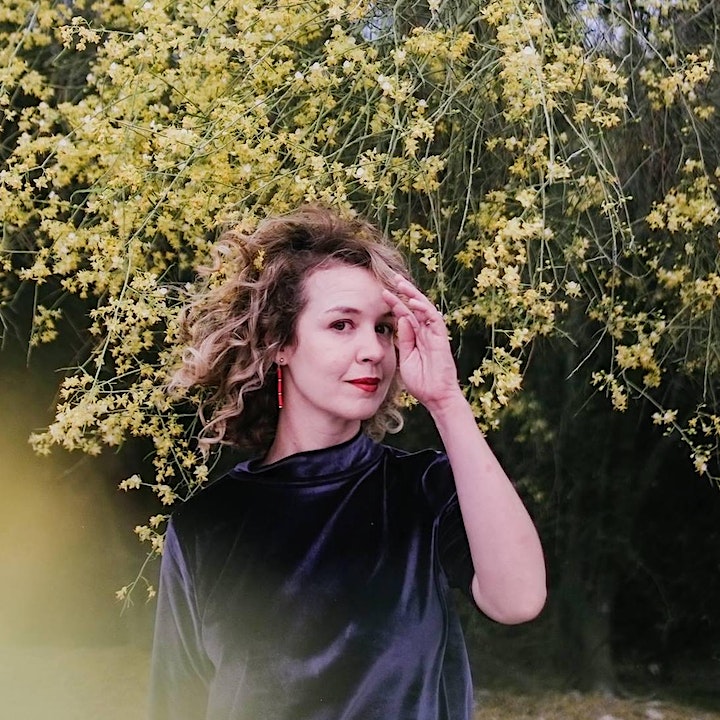 Rebekah Rolland is a singer, multi-instrumentalist, and songwriter based in Tucson. Early immersion in Arizona’s old-time and Bluegrass scene fueled her love for the tradition of storytelling through music, prompting her to study literature and music at the University of Arizona before setting out on several national tours with Tucson-based band, Run Boy Run. Five years on the road as a lead vocalist, fiddler, and primary songwriter for the group have taken her to stages across the country, from the prestigious Telluride Bluegrass Festival to American Public Media’s A Prairie Home Companion.

Characteristic of some of the most forceful and compelling voices in folk music, Rolland’s writing succeeds in building worlds of dust and clay, worn pages and weathered pearls, highways and high rises, the faces and hands, the trials and triumphs that make up the stories of the past and the present. Her sweet and resonant vocals serve as a striking counterpart to original songs that paint a gritty, though beautifully honest and captivating picture of the human experience.

Selected as an artist-in-residence for the National Park Service Centennial, Rolland spent several weeks at the Homestead National Monument working on her first solo release—an album of original songs based on Willa Cather’s Prairie Trilogy and the stories of early homesteaders in the U.S. The album was officially released through Sky ISland Records on 20 July 2018.