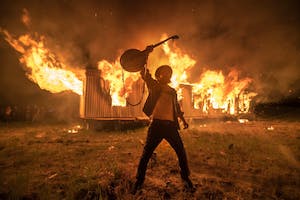 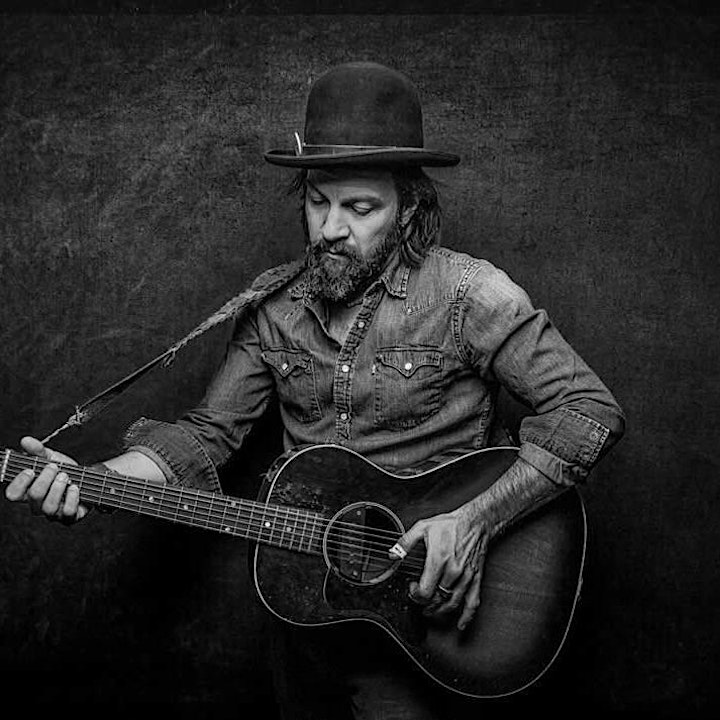 Jalan Crossland is an “endemic Wyoming treasure” (Rita Basom- Wyoming Arts Council). He is widely acclaimed by audiences, critics, and his musical peers as being a premier acoustic guitarist, as well as banjo player, singer-songwriter, and engaging showman. Along with dozens of regional contest awards, his extraordinary guitar work earned him National Fingerstyle Guitar Championship honors in ’97 and the State Flatpick Championship title of his home state in 1999. In recognition for his contribution to the arts in Wyoming, he was bestowed with the Governor’s Arts Award in 2013.

Magazines as far-ranging as the New York Times and No Depression have run features on him, and Paste Magazine included him and his ensemble as being among Wyoming’s top bands. He has made numerous television and radio appearances and is portrayed in the short film “Wyomericana”, which won the Laramie Film Festival in 2014. He’s been invited as the opening act on two national tours with Texas songwriting legend Robert Earl Keen. Jalan has released 7 albums of primarily his own songs, and performs throughout the U.S. and occasionally Europe, when he takes the notion.

“To pin any one label on Crossland’s body of work would be a crime. It’s not country. It’s not rock. It sure as hell ain’t your daddy’s bluegrass! His characters and stories come alive to form an often dark, yet highly humorous interpretation of the American Experience.” (Marcus Huff- Laramie Zine) Kanky songs about drinkin, fightin, hobos, roughnecks, trailer park fires, oil-patch strippers, and little neighborhood dogs that bite, are lent their truth-is-stranger-than-fiction wobble by virtue of the fact that Jalan was raised and resides in a rural mountain town, population >300. “He casts a sardonic but affectionate eye on the roughhewn lives of Western people. Crossland’s ‘Big Horn Mountain Blues’ is so popular in Wyoming that it is practically the official state song.” (Michael Segell- New York Times)

“Onstage, dressed in what might be called ‘cowboy carny’ (denim, buckle boots, and a bowler hat), he is a bundle of loose-limbed energy, a lovable bad boy who alternates love songs with knockdown banjo tunes about towns known for nothing more than ‘hard luck, bad blood, bullshit, and beer’.” (Michael Segell- New York Times) Jalan performs full time both solo and with his esteemed ensemble, a longsuffering trio consisting of Shaun Kelley on upright and electric bass, and Pat Madsen on drums and whackadoo stick, each member lending to 3 part vocal harmony arrangements. “More than a great picker, Crossland’s performances feature graceful delivery and genuine character.” (Planet Jackson Hole) 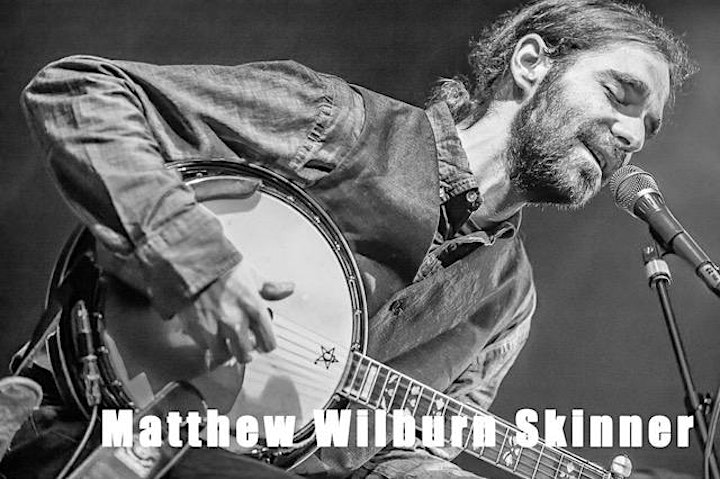 Raised by wolves, taught by squirrels, friend of the owl- Matthew Wilburn Skinner sings songs of happiness and sorrow. As one-third of the band Tallgrass, he's done his part to expand the possibilities of the banjo beyond a bluegrass instrument. "I used to just try and play really fast," he admits. "Which was a challenge, but then I realized you can't move the soul with that many notes, heh. Just the feet." He still plays fast sometimes, "I can't help it, haha, it's fun," but it seems to have moved beyond a sport for him somehow. His Delta blues/jazz fingerstyle on the acoustic guitar is also crazy unique, with flourishes of virtuosity in between vocals that will break your heart before lovingly putting it back together again. Starting out in Iowa City more than 15 years ago, he honed his craft as a player and a sound engineer before moving with Tallgrass to Fort Collins, Colorado in 2013. He now plays in Tallgrass, does solo performances, and hand-builds banjos at Cloverlick Banjo Shop.