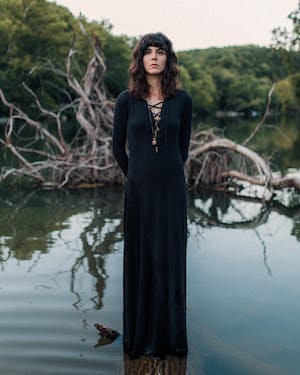 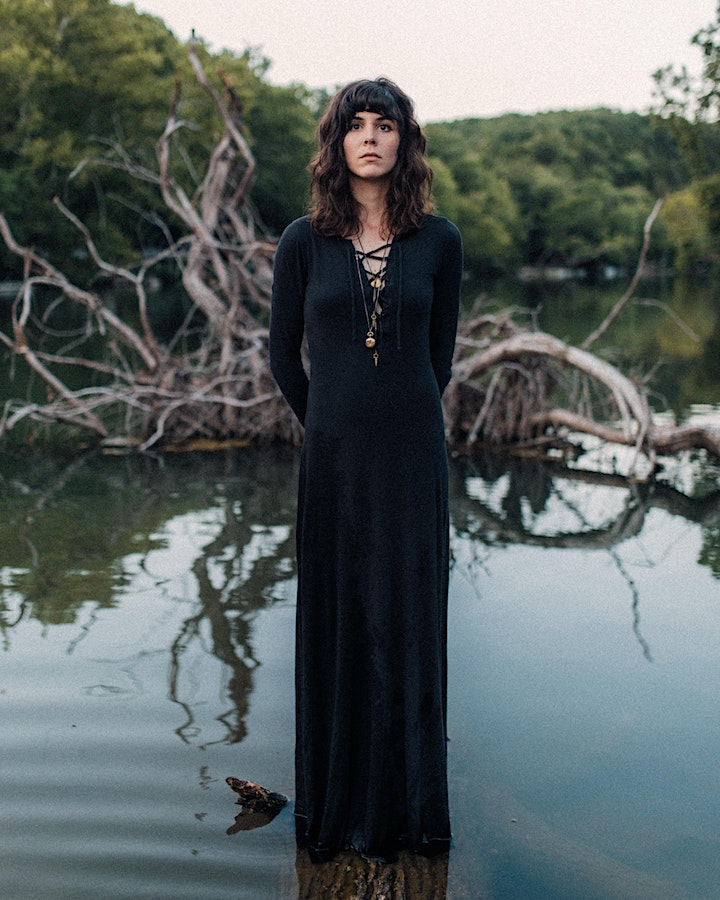 “Who is Izabel Crane?” is a question with quite a few answers. The simplest is that Izabel Crane is the musical moniker of Springfield, MO singer/songwriter Liz Carney, but it’s more than just a stage name. It’s a somewhat amplified version of Carney herself that can contain everything from to deeply personal truths to folklore-esque storytelling, all shrouded in timeless songwriting and Carney’s rich voice--as evidenced by her debut single, Spring Fed River / Creature.

Even as a teenager first being introduced to everything from the likes of Billie Holiday to Radiohead, Carney could already sense an intangible quality in music--an uncanny means to communicate and relate with others. She explains, “I’ve always been so shy and getting into music helped me connect with people. When you’re 15 or 16 it’s just so astounding to listen to this stuff, I would learn the songs and imagine myself playing them for people.” Before long Carney was going to school for jazz studies and playing three hour sets of standards at private parties as part of a jazz group that would eventually evolve into Izabel Crane. But the stuffiness of the classes and the limitations of the genre began to feel creatively stifling, and meanwhile Carney was also becoming more and more fascinated with her Ozarkian roots. “I was getting really interested in the history of my family, getting inspired by how beautiful Missouri is, and started thinking of my story as part of my ancestor’s story and the Ozarks being a part of me.”

As is so often the case, it was the end of a relationship that finally facilitated many changes for Carney. “I was trying to write about this breakup and the words just sounded too tongue-in-cheek paired with jazz music, so I started trying different styles and techniques, and that’s when the sound really changed,” she says. As the music evolved so did Carney’s vision for how it should be presented, the band dissolved and Izabel Crane was truly born: “My whole family calls me Izabel and my family is from a town called Crane, it just became a sort of pseudonym that represented parts of me and parts of the Ozarks.” Feeling creatively unbound for the first time in a long time Carney entered the studio and began to shape not only the character of Izabel Crane, but also the sound. “It’s a little more comfortable performing as Izabel Crane, and I liked writing from this amplified version of myself and thinking of things through the lens of this semi-character that’s rooted in how weird the Ozarks are,” she explains. "I feel like I can write stories that are a little more charged.”

Carney’s deep well of musical influences--everything from John Fahey to Leonard Cohen to Jolie Holland--coalesced with her natural surroundings, and yielded a batch of songs that included “Creature” and “Spring Fed River.” The two songs offer a perfect introduction to Izabel Crane’s world, a place where universal themes of love and loss meet the arcane, where images of ghosts and demons often appear as stand-ins for the struggles of our most vulnerable moments. On “Creature,” she describes a desperate sense of longing heard through the howling wind, like hidden messages being sent from one plane of existence to another, while warbling guitars and thumping drums build to a dramatic conclusion that showcases the power of Carney’s vocals. Carney's surroundings heavily impacted the sound and words of Izabel Crane: “Sometimes I wanted the songs to have the specific sound of this place. When you start getting out of town you can hear these melodies that are so quiet, and beautiful, and calm.” On “Spring Fed River,” this idea is encapsulated in the stunning harmonies and sparse guitars that sparkle like light on water. The lyrics paint an Ozarkian baptism as a means of escaping the troubles in one’s mind. Carney explains, “When my grandmother was 24 she’d already been baptized five times because she was so afraid of going to hell. I was imagining taking someone to a river and helping them get rid of their demons.” It’s a beautiful song that perfectly captures the ties between Carney's roots and her present. It’s the kind of songwriting that spans time and place--but for Carney it’s just the beginning, Izabel Crane has many more stories to tell. 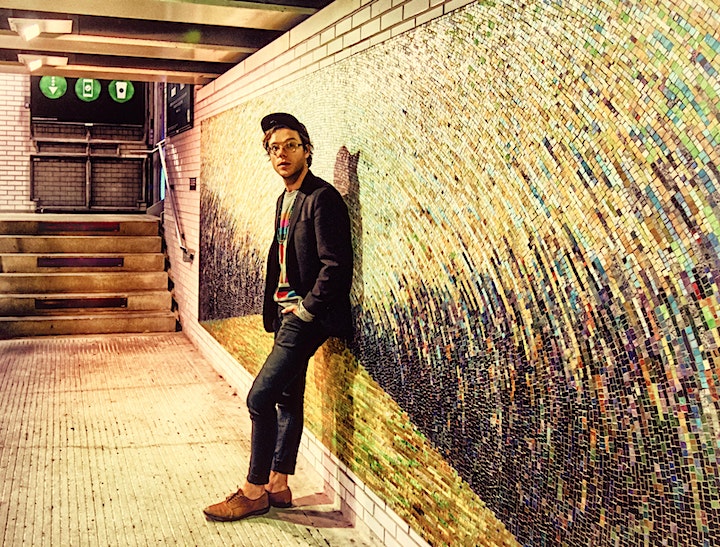 Christopher the Conquered has traveled North America and Europe for over 10 years, piano in tow, sharing his self-proclaimed “interstellar soul” music with anyone who will listen.

His 2016 album I'm Giving Up On Rock & Roll has received over 500,000 listens online and garnered positive reviews, with Alternative Press labeling it a "raw, emotional" album and ABC News declaring his music as "compelling, interesting, and funny". Julien Baker has called it “a great record”.

He followed up that album with the single “Mama, I Wanna Be James Brown” (feat. Max Jury), a song written in response to the Pulse nightclub shooting in Orlando, Florida. When Consequence of Sound premiered the track, he told them, “This song is about me wanting to be what I want to be, for people who want to be what they want to be.”

His most recent singles, released over the course of 2019, mark a new beginning, a return to the DIY home recording of his youth in a search for the core spirit of his songs.

Christopher developed his songwriting while growing up in Iowa, but he now calls Colorado home. He has spent time on stage supporting a wide array of magnificent artists, including Leon Russell, Andrew Bird, Sturgill Simpson, The Mountain Goats, Edward Sharpe & The Magnetic Zeros, Julien Baker, Natalie Prass, and St. Paul & the Broken Bones.

In between panel appearances with the likes of Philip Glass, writing for Smithsonian Folkways Magazine, and multiple features in Billboard, Christopher continues to hone his songwriting daily, working toward a simple language that communicates elemental human emotions as only music can. His musical heroes are Nina Simone, Randy Newman, and Jonathan Richman.

If you've never heard the songs of Christopher the Conquered, then take the advice of Paste Magazine and "Listen now." 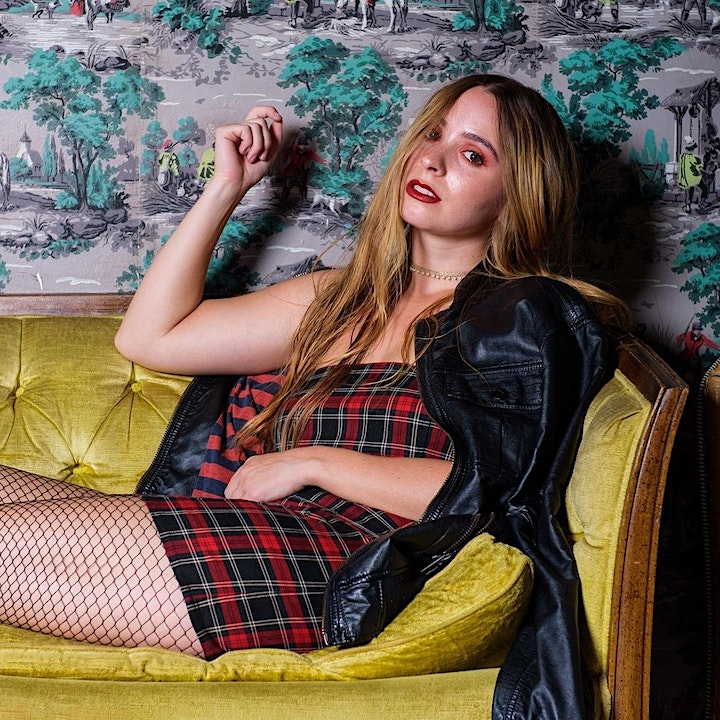 From the smoky, dimly lit crowds of Nashville's Bluebird Cafe, to the bright, bustling chatter of the Pearl Street Farmer's Market, Louise Lately has been quietly carving out a place for herself in the ranks of young female songwriters. Interested primarily in stories, and the way they interweave with the experience of being young in a world filled with uncertainty, her original music owes much to the Folk and Americana artists who came before her, from Joni Mitchell and Emmylou Harris, to Nina Simone and Bob Dylan. Based in Denver, Louise has been entertaining crowds all over Colorado, from Steamboat Springs to Telluride, from house shows and dive bars to stages and backyards. Heartfelt, emotive, and always accompanied by her voice, sometimes soaring to joyous highs, sometimes plummeting to gritty, angry lows, her music is an experience and an expression of life, which is, after all, what she'd like for it to be.